Clash of Kings is a new real time strategy game where you battle to build an empire and control 7 fantasy kingdoms! If you like PVP games or multiplayer games, you’ll love this base building, fighting army game where you must conquer kingdoms to survive!

Download this fighting army game on your phone or tablet!

This multiplayer building game pits you against friends and enemies from all over the world! Build massive empires and clash with enemies in MMO RPG battle games. Explore a fantasy kingdom world as you attack enemies and build a castle defense, becoming one of the most powerful fantasy heroes in the land!

As you build a massive empire and make empire allies, you’ll create bitter enemies in this real time multiplayer strategy battle game. Explore the massive Clash of Kings landscape and watch your own fantasy kingdom grow.

If you enjoy battle games or PVP action, you’ll love this base building game. Clash of Kings has many king empires but only one can be the true King - will it be you? Download Clash of Kings and claim the throne today!

Clash of Kings is completely free to play, however some game items can also be purchased for real money. If you do not want to use this feature, please set up password protection for purchases in the settings of your Google Play Store app.

For any questions or comments on the awesome real time strategy, PVP multiplayer online war game Clash of Kings, reach out to us at: cok_help@elex.com

FAQs of Clash of Kings

1) What are Safe Resources?

If you use items to receive resources, then they are Safe Resources.

2) How to use Safe Resources?

3) What are the benefits of having Safe Resources?

Safe Resources cannot be scouted/ plundered/ consumed by other Lords

You can ask for Alliance Help when upgrading buildings, researching technologies or healing the wounded. Each time a players helps you, it will speed it up by a certain amount of time.

Every alliance member can offer help to each other by pressing the shortcut button in the Embassy.

The Help effects are determined by the Embassy level of the one being helped.

It is a new type of equipment. When you put it on, you will get bonus on multiple attributes.

Castle level meets 15 and the dragonglass slot will be unlocked in your Lord interface. You can wear the proper dragonglass

Dragonglass has 5 levels (green, blue, purple, yellow and orange). As the level increases, a new attribute will appear, and all attributes will increase a lot. 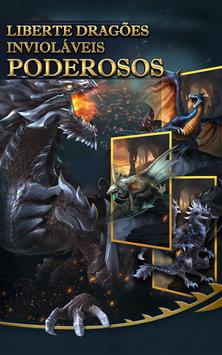 Prepara a jogar Clash of Kings Expansão: A Maravilha chegou no PC ?