＝Background＝
Have you ever imagined such a world?
Where Asuna walks in Academy City with her sword in hand;
Shana eats her favorite melon bread in a forest of Aincrad;
Mikoto stares at a vending machine placed in Ikebukuro...

Here is Crossing Void, where the boundaries of Dengeki Bunko worlds collide.
The protagonists have been living a peaceful and happy life in this amazing new world until it gets ruined by an unexpected crisis... 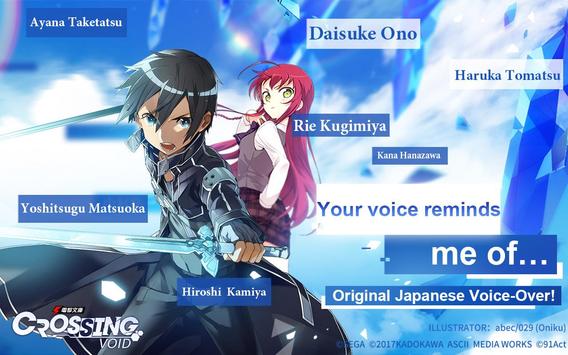